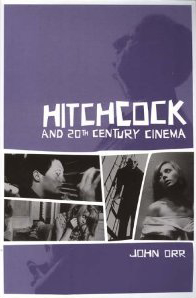 John Orr looks at the work, influences, legacy and style of one of cinema’s most famous directors. Alfred Hitchcock worked in Britain and America, in silent and sound films, and through and beyond the studio system, all the time appealing to mass audiences while employing his own distinctive style. This book examines how he was affected by German cinema, British writing, the Hays Code and his own upbringing to produce films that challenged key notions of acting, sexuality, mise-en-scène and narrative convention. John Orr contends that Hitchcock is a matrix figure who forged a new dynamics of exchange and of re-made identities in the feature film that in turn has influenced film noir, neo-noir, the French New Wave and David Lynch, as well as countless filmmakers all around the world and, indeed, continues to do so.

A Hitchcock book like not other. Bursting with fresh ideas and dazzling critical insights into individual films and the totality of the director’s work...an ambitious, original and compelling case for Hitchcock’s centrality to the history of cinema and, indeed, to the artistic and intellectual life of the twentieth century as a whole.
William Rothman, Florida State University, author of Hitchcock:The Murderous Gaze

Prof Orr’s grasp of film history is breathtaking, and he fits Hitch into the canon of Murnau, Lang and Eisenstein besides demonstrating his influence on contemporary European, Asian and American directors...Terrific!
Brian Case, Uncut, January 2006

See this book at